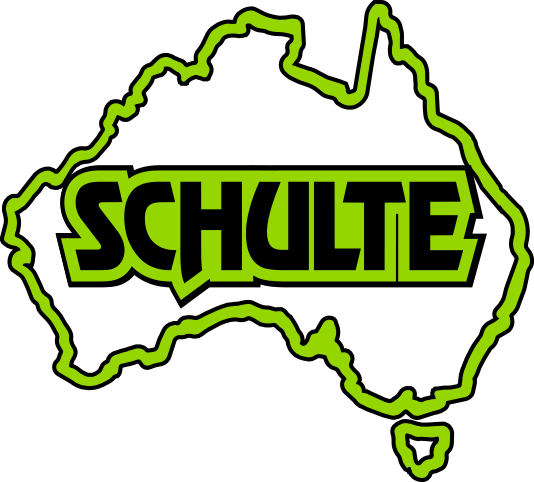 As Managing Director of the Company, my background has always been in the sales and marketing of Ag Equipment. In 1983 I went into wholesale marketing and in 1987 became one of two reps to become the first freelance wholesale marketing representatives in Australia. I represented and marketed Gason, Grizzly, Customvac, Simplicity, Gessner and Pioneer for many years.

In 1989 a colleague and I were approached by Nick Diamond, the then Asia Pacific Trade Representative for the Saskatchewan Provincial Government. The Saskatchewan Office of Trade and Export had initiated a program to build the Canadian Agricultural Manufacturers reputation in the international marketplace. Hence John and I were invited as guests to attend Canada’s largest field day, the Annual Farm Progress held in Regina, Saskatchewan.

The Farm Progress Show showcases a huge range of Canadian Agricultural Equipment. I looked at a wide range of the equipment available, however, it was the Schulte range that took my eye. I was impressed by the quality of the equipment and particularly intrigued by the unique design of the drivelines on their XH1500 model Rotary Cutter (commonly known in Australia as slashers).

I could not believe how simple the driveline was, yet this design had never been used in Australia. I was also extremely impressed with the Schulte range of heavy-duty Chisel Plough machines which used a very similar trip mechanism to our Australian manufacturers. After going back to the stand several times, totally intrigued by the driveline design, I was introduced to Jim Carnago who was one of the owners of Schulte Industries.

Schulte Industries, as it happened, was a very successful and sound family owned business, established by John Schulte, a blacksmith, in the 1950’s. Jim Carnago headed up the marketing of Schulte. Earl Schulte, Jim’s brother in law was the Factory and Production Manager. The company had gone from strength to strength and had not long entered the overseas market. Schulte is located in Engelfeld, rural Saskatchewan, an enchanting little village on the Canadian prairie with a population of approximately 300 people, the majority of whom are employed by Schulte.

Nick Diamond, who had known all of us for many years, was able to qualify our credentials to each other and so our meeting was the beginning of a unique and very successful business and personal relationship that has grown over the years out of trust and mutual respect.

Our second meeting led into an in-depth conversation about machine requirements in Australia. Jim and Earl asked me about the Rock Picker market and whether I thought we could sell them in Australia. My comment was they looked like they were quality machines, but in all honesty my expertise at the time was in more broad-acre equipment. I needed time to research this market before I could answer that question with any sort of accuracy.

Much to my surprise this market was bigger than I thought, and interest was generated very quickly. I conveyed this back to Jim. In June 1989 Schulte Industries asked me what I thought they should display at Ag-Quip in August that year. I gave them a short list of equipment that I thought would be appropriate. Part of the deal was that they would come to Australia to attend the field day to assist me with product knowledge. The Field Day was a great success turning into four retail sales within three weeks of our first showing.

In the first year with Schulte, including representing my other companies, I retailed 19 Schulte units, the Canadians were ecstatic with the result. Jim said to me at the time that they were extremely happy with my performance, but I was not doing a rep’s job, I was doing a distributor’s job. They rewarded me accordingly by appointing me as their Australian and New Zealand Distributor. As the years have gone by, we have grown Schulte’s market and product range, to bring Schulte to where it is today. The Schulte range is known throughout the farming industry for being a superior quality product, offering first class sales and service back-up of the highest standard.

In the early days we operated out of a small shed in Dubbo. In 1997 we purchased the business premises in Barton Street Wellington, and as an adjunct in 2000 purchased a 640-acre farm 10kms from the business. We have used the Schulte range for contract rock picking, rock windrowing and stubble mulching, utilising the machines and tractors we have on our own farm. This has been of great assistance in helping to promote our product range and allowing people to see machines working before they buy their own. It has also allowed us to do modifications and report back to Canada should a machine need a design change to suit Aussie conditions. This formula has proven invaluable to Schulte Canada, hence their reason for sending us several units now for private testing on our own property. Whilst doing this we have developed the SRW1000 in conjunction with Schulte Canada.

In 2002 Schulte Industries sold their family company to the Alamo Group, a global company that specialised in all types of mowing, slashing and mulching machines such as Rhino, Spearhead Bush Hog and Landpride. Alamo allows all their companies including Schulte Industries to run their own race, therefore very little has changed in the way we do business. Alamo companies operate completely independent from their sister companies, having their own design departments and representatives worldwide.

Schulte Sales Australia has shown its commitment to agriculture through 30 years of selling and servicing rock removal and vegetation management equipment. We have many long-term customers who stick by us for value, quality and service.